March 30th,2017: The PRISM website is on its way. Please visit www.prism.cnrs.fr

Our new transdisciplinary laboratory called PRISM (Perception, Representations, Image, Sound, Music) that we have founded together with researchers in the Marseilles area from the research laboratories LMA (Laboratory of Mechanics and Acoustics), ASTRAM (Arts, Sciences, Technologies for Audiovisual Multimedia Research), LESA (Laboratory of Studies in Sciences of the Arts), LNC (Laboratory of Cognitive Neuroscience), CPPM (Centre for Particle Physics of Marseille) and with artists from the School of Arts in Aix-en-Provence (ESA) was officially created on the 1st of January 2017. More info will be soon available.

December 1st, 2016: Want to know more about the language of sounds? Please have a look at my general public invited talk (in French) : a genuine 13 minutes challenge !! The movie is available here.

Very sad news:
We are in deep sorrow after the death of Jean-Claude Risset on Monday November 21st 2016.
Jean-Claude was a remarkable scientist, composer and musician who kept his passion and engagement for his field till the very end.
In addition to the invaluable musical and scientific heritage he leaves us, he also strongly contributed to the creation of our new laboratory PRISM (Perception, Representation, Image, Sound, Music) as a member of the steering committee (see picture below).
We miss you, Jean Claude. 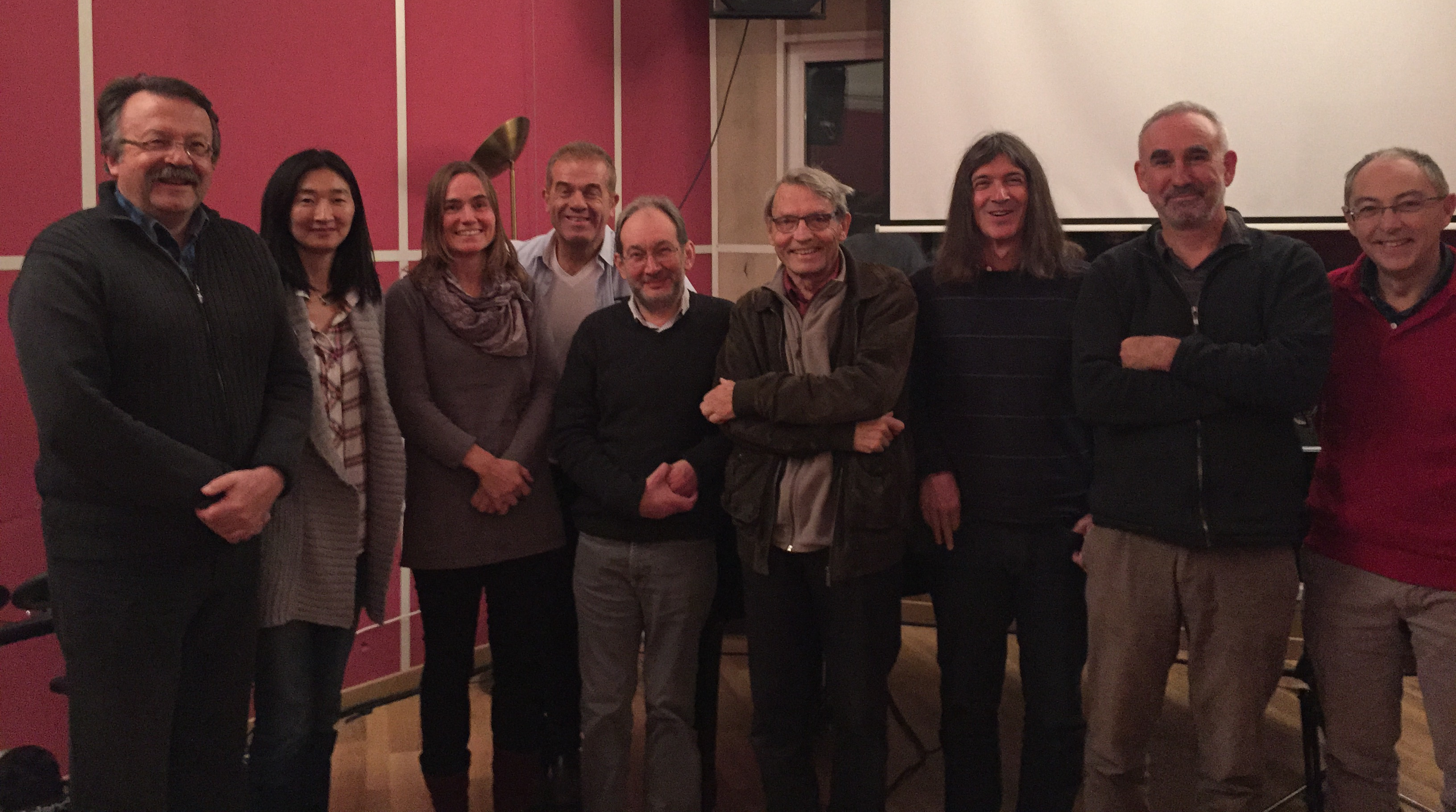 October 26th, 2016: I was asked to provide a demonstration of the environmental sound synthesizer (SPAD) described in:

Below are 2 movies demonstrating (1) the SPAD synthesizer interface allowing for the design of a soundstage, (2) an automatically generated SPAD soundstage from a movie for video game purposes (special thanks to Charles Verron and Charles Gondre). Sounds are binaural so please use headphones. More information is available on C. Verron thesis page.

Notice that we made the SPAD synthesizer available for interested people ! Just ask !

September 30th, 2016 : European Researcher’s Night. The events are supported by the European Commission as part of the Marie Skłodowska-Curie Actions, which is an EU programme to boost European research careers  – Great success in our “Language of sounds” booth. The event hosted more than 1500 visitors in Marseille.

Our group provided the “Creativity Workshop” a customized sound synthesizer based on sound invariants.  AMU (Aix-Marseille University) tweeted the event : A new musical instrument is born

Listen to my interview at the booth for “DESTIMED” here.

September 15th, 2016: Wavelet transforms history. Here is the first movie on Wavelet transforms that I made together with A. Grossmann and J. Morlet in 1986. A piece of history I just found in my storage cupboard. Jean-Claude Risset provided the music.

Proceedings can be downloaded on the conference site.

The selected post conference papers will published by Spinger in the LNCS collection.

Next CMMR will be hosted by the University of Porto (Portugal) in 2017. More info to come.

June 30th, 2016: navigating in the object shape space through sound invariants (special thanks to L. Pruvost)

March 18th, 2016: the liquid sounds space based on sound invariants (special thanks to C. Gondre)

September 18th, 2015: When a scientist meets an artist ! A free-trade on  sound/motion relationships between N. Corsino (Scène 44) and myself, filmed by the SATIS org. (in French).

Have a look at the publication: 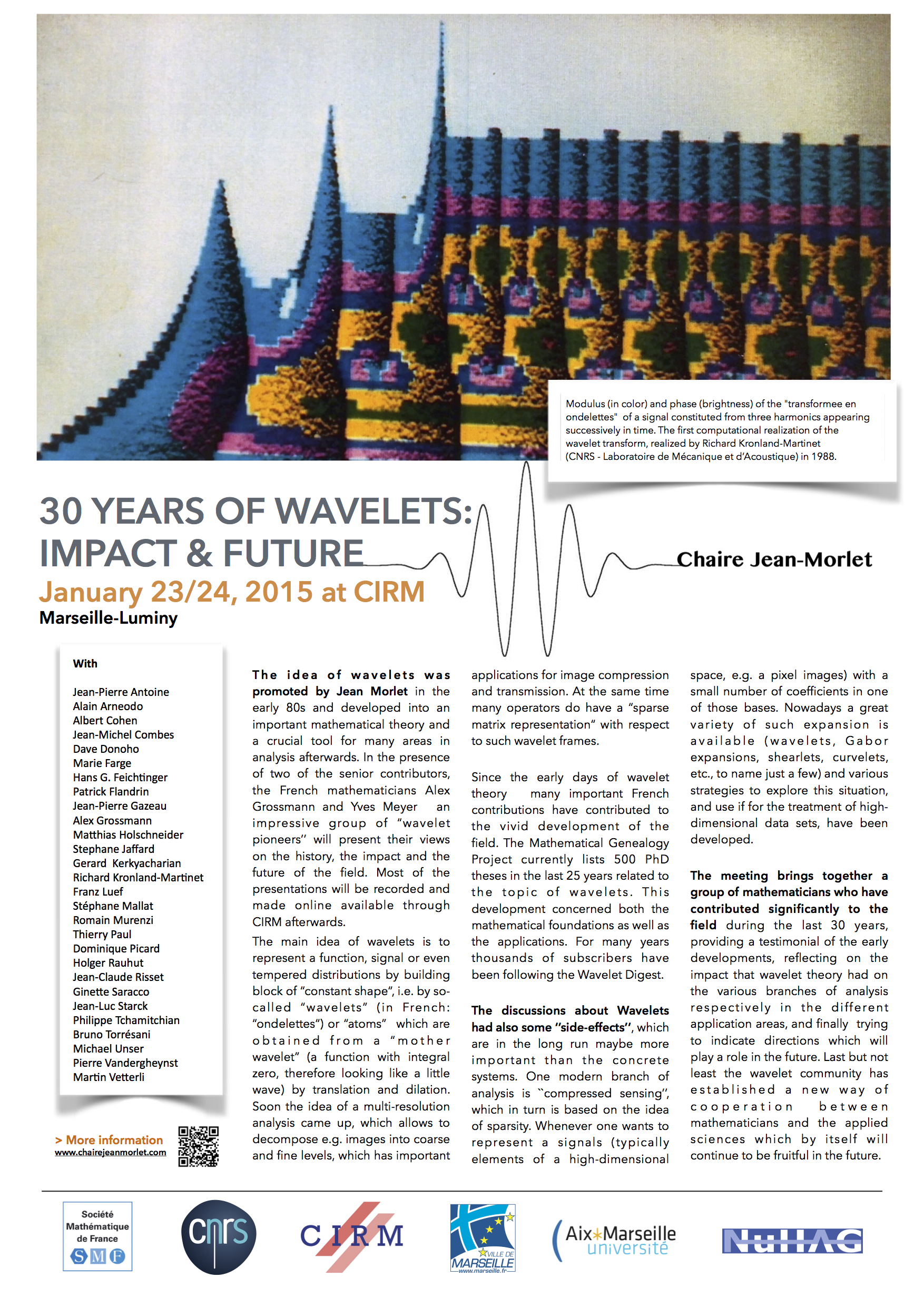 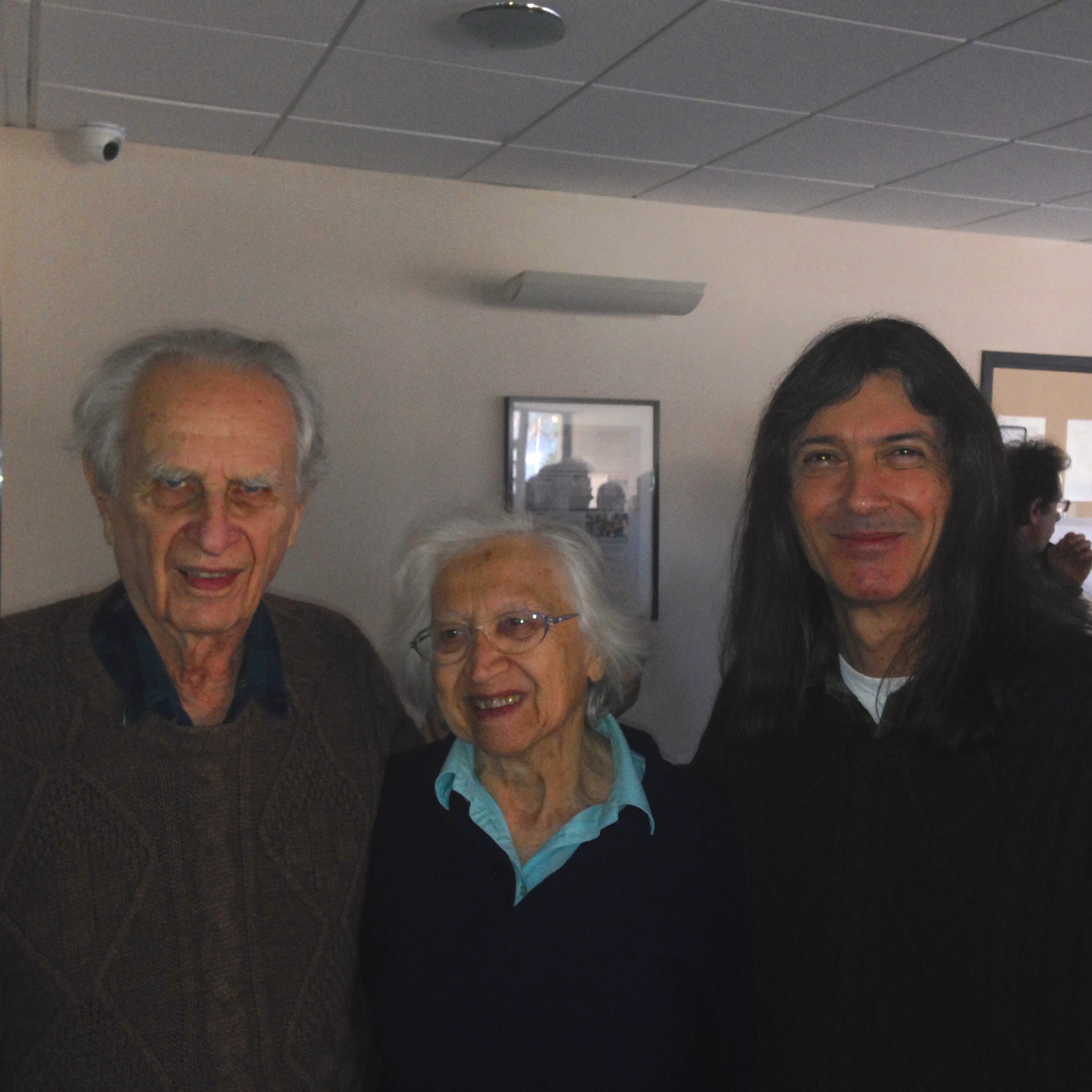 Great to meet again A. Grossmann (who first formalized the Wavelet Transform theory) and his wife

Have a look at my keynote here