Most of the existing tools for producing sounds in virtual environments are based on wavetables : sounds are pre-recorded and triggered in real time according to the actions of the user in the virtual world. Spatialization techniques are usually integrated in a second stage, for simulating reverberation and spatial properties of sound sources, such as position, directivity and spatial extension.

In this thesis we propose an original approach to synthesis and spatialization of environmental sounds. We design a real-time synthesizer that produces various environmental sources (like rain, wind, fire, waves, impacts…), provides interactive controls based on “high-level” parameters, and allows manipulating the sources in a 3D virtual space.

After reviewing the existing synthesis approaches for environmental sounds, we propose a generic model based on additive synthesis and on a set of five parametric sonic structures called “atoms”. An adequate combination of these atoms allows the creation of sources associated with the three categories of environmental sources : vibrating solids, aerodynamics and liquids.

The synthesizer engine combines efficiently synthesis and spatialization modules at the prime level of sound generation. We use the efficient implementation of additive synthesis by inverse fast Fourier transform, and propose an adapted set of parameters. The 3D audio rendering is compatible with standard audio formats (multichannel, ambisonics, binaural) and can be achieved on arbitrary loudspeaker configurations or over headphones. We also present an alternative synthesis method based on a “subband” formalism for synthesizing noisy signals that contain at the same time short transients and narrow spectral components (like impacts or fire sounds).

High-level controls are specified for manipulating the synthesizer intuitively, via physical properties such as “the speed of the wind” or “the intensity of the fire”. We also propose a spatial extension effect, validated by a formal listening test, for simulating efficiently naturally extended sound sources like rain or waves. Combined controls of timbre and spatial properties of sources allow creating intuitively complex and immersive sound scenes.

Sounds are binaural so please use headphones.

Atomic decomposition of a fire sound 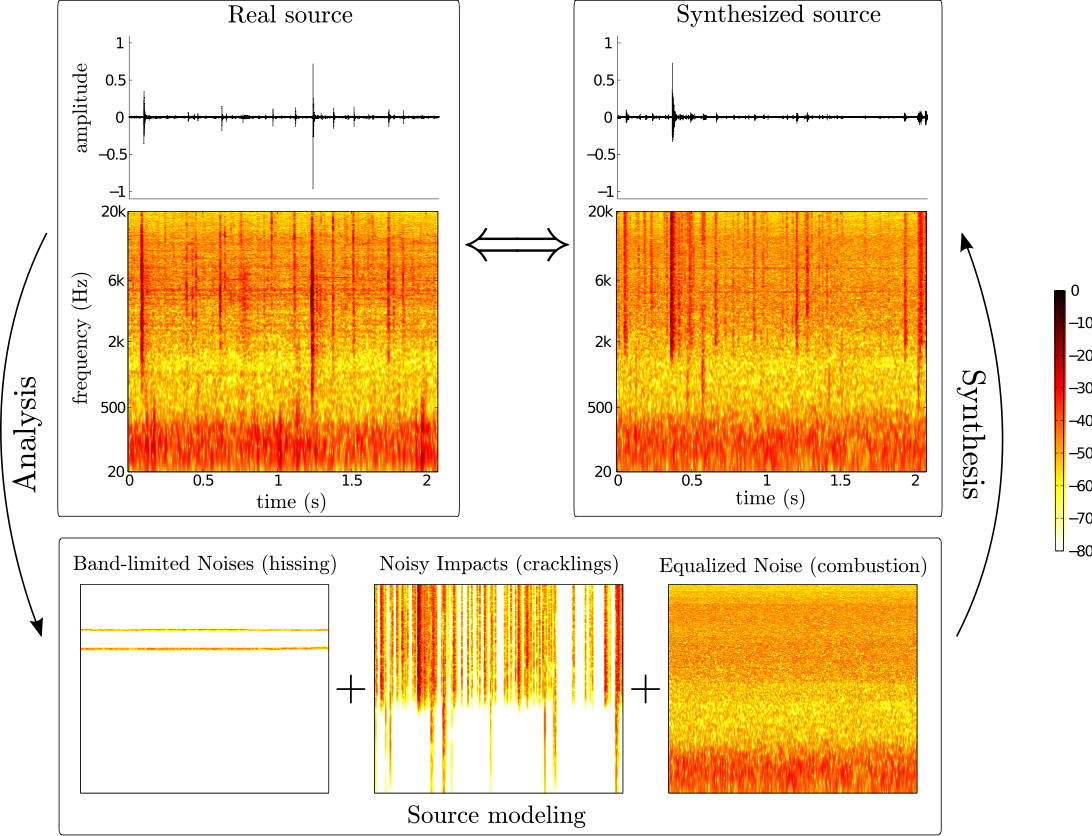 Atomic decomposition of a rain sound 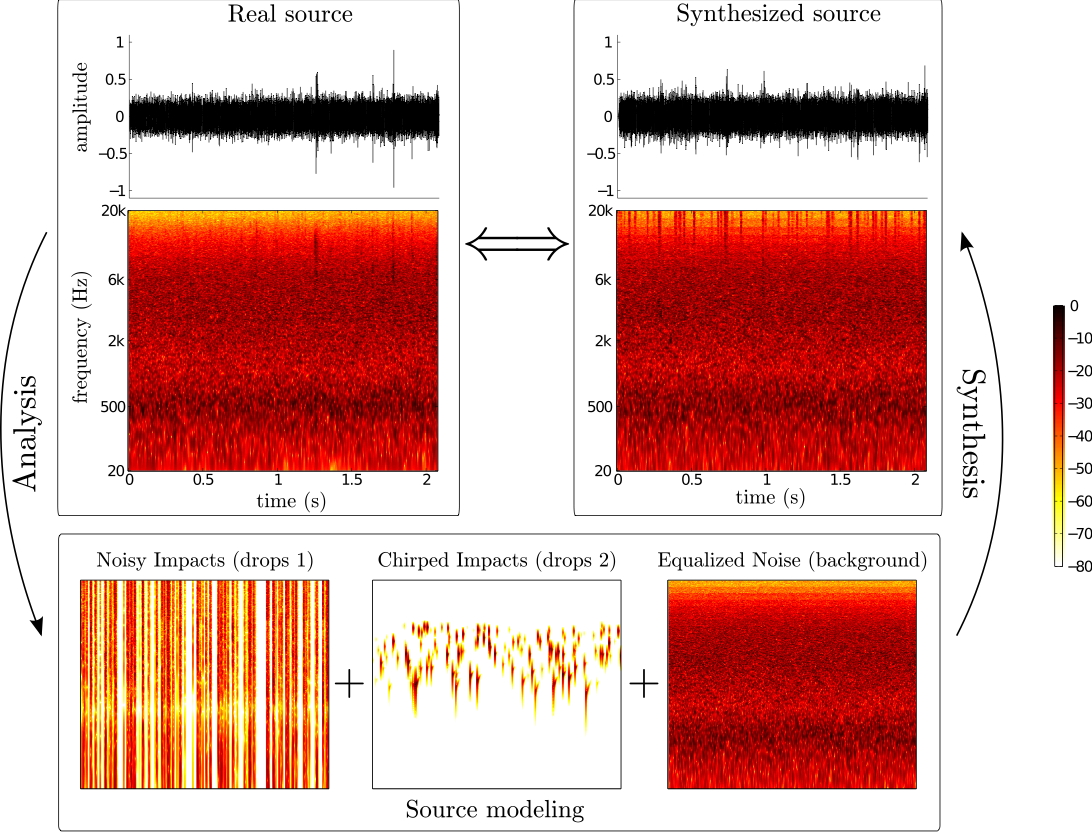 (sounds are binaural, please use headphones) 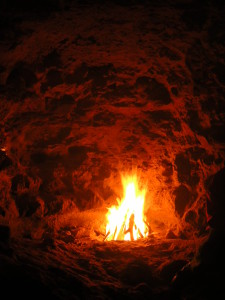 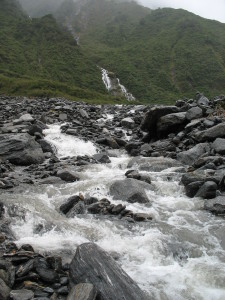 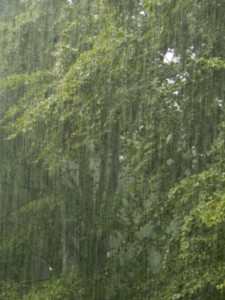 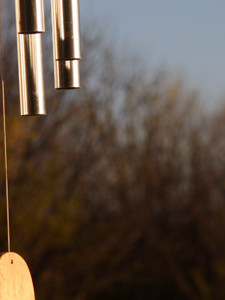 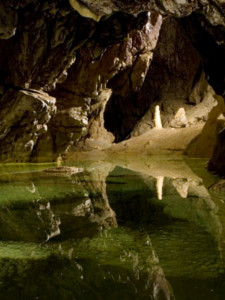 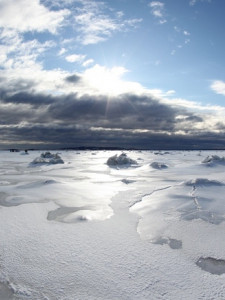 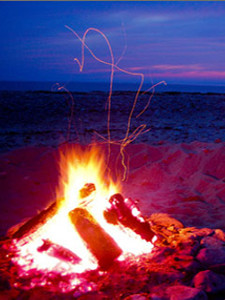