Using sounds to secure the passengers

The third part of the project aims at studying brief spatialized warning sounds designed to prevent bus passengers from emergency braking. The idea is to use dynamic and spatialized sounds in order to alert, in advance, the passengers (particularly those who stand up) of destabilizing emergency braking. In the bus, some of the passengers do not stand up in the same direction as the bus circulation and do not necessarily see the road. This results in an impossibility of predicting sudden vehicle movements and in an important postural destabilisation. Our objective is to analyse driver’s foot behaviour to predict braking phases and produce an auditory warning allowing the subject to produce anticipatory postural adjustment.

We are currently exploring the role of sound spatialization and of sound content as directionally specific pre-cue information for the execution of anticipatory postural adjustments and the reduction of automatic postural response latencies. This experiment will take place in laboratory rather than in a bus with an experimental setup composed of a force-controlled waist-pull perturbations system [1], three loudspeakers for spatial sound generation, a force platform for the measure of postural adjustments, and a PhaseSpace motion capture system for the analysis of protective stepping. 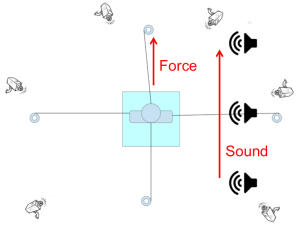 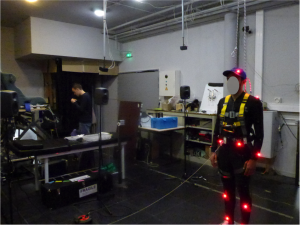 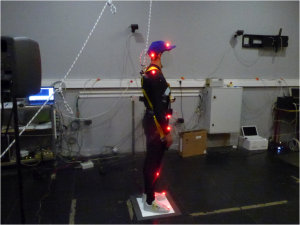 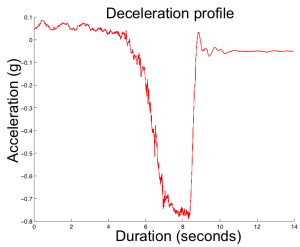 If the results of this experiment are conclusive, the advantage of sounds to accelerate automatic postural responses will be studied in real environment in the bus on a parking and finally the system efficiency will be evaluated with the statistics on passengers accidents.